END_OF_DOCUMENT_TOKEN_TO_BE_REPLACED

TC3 Photography is the website for the photography program at Tompkins Cortland Community College in New York State. The site provides information about the courses and the faculty, and the galleries showcase examples of the students’ work. They were using one of our older non-mobile-friendly templates, so we offered to update the site for them. I chose colors and fonts that remind me of old cameras and projectors. I kept the site design quite simple, and tried to make it look clean and technological.

END_OF_DOCUMENT_TOKEN_TO_BE_REPLACED

Tim Burton’s latest film Big Eyes tells a fairly simple story, but it asks a million questions. The heroine is Margaret Keane, the woman responsible for the big-eyed waif paintings that became fantastically successful in the 1960s. Success comes to her, as it does to many, through a series of happy accidents. An art show in the bathroom hallway of a nightclub attracts the attention of a drunken woman; Keane’s husband has a fight with the nightclub owner, which becomes the subject of gossip columnists. One thing leads to another, and at first just the right amount of right people like her art. Through another (willful) misunderstanding, Keane’s husband starts to take credit for her work. 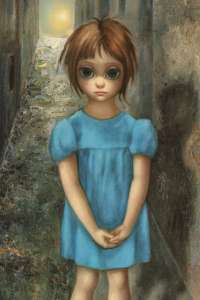 The money pours in, more and more people like the art, and now almost too many people, and all the wrong people for the art to be taken seriously any more. And still she paints, and her husband takes credit for her work. He’s charming and personable and understands money; he becomes very nearly a celebrity while Margaret remains in the shadows, painting all day. Movie stars and presidents commission portraits in the Keane style and Andy Warhol proclaims, “I think what Keane has done is just terrific. It has to be good. If it were bad, so many people wouldn’t like it.”

END_OF_DOCUMENT_TOKEN_TO_BE_REPLACED

Cave of Forgotten Dreams, a documentary by Werner Herzog, has a sort of dream-like logic to it that I love: When faced with something that you don’t understand, follow it farther and deeper than you would have thought possible. Even as you’re exploring, and you realize that you will never understand, you keep looking, because the mystery itself is so beautiful. As circus performer-turned-archaeologist Julen Monney tells us, “it’s a way to understand things which is not a direct way.” This is exactly what I love: the idea of looking at something from the side, or from some angle we can’t even imagine. 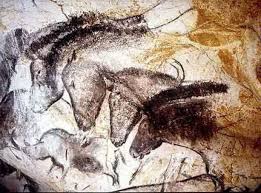